Moving Foreward Instructors to Do Battle at the USAGA Open

HELLERTOWN, Pa., October 1, 2019 – Moving Foreward instructors will battle it out against some of the nation’s best golfers at the United States Adaptive Golf Alliance (USAGA) Open tournament October 8-10 in Las Vegas.

As the premier event on the USAGA’s calendar, scores are “triple-weighted”—the only tournament all year to do so. The top-2 players ranked in each of 14 different Sport Classes, as well as the top-2 ranked women, at the conclusion of the USAGA Open will be named to the US Para-Golf team and serve as official members of this prestigious team for the next year.

“This is the final USAGA tournament of the season, and there’s a lot riding on it,” says Moving Foreward co-founder Adam Benza. “Being named to the US Para-Golf team would help boost Moving Foreward’s profile as well as advance our organization’s goals on behalf of adaptive golfers nationwide.”

In addition to hosting golf clinics, Moving Foreward conducts seminars with golf professionals and physical therapists to explain the different golf swings of people with disabilities, prosthetics, and adaptive equipment; provides motivation to people with disabilities through individual, small group, or major event interactions; and raises awareness through speaking engagements at sporting events and business conferences. 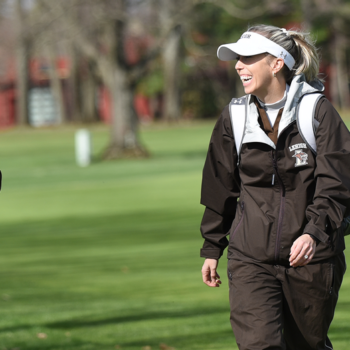